Brad is currently in his 4th year as Head Coach at Oshkosh North High School, after 16 years as Associate Head Coach. The team played in the Wisconsin State Semi-Finals in 2009, 2012 and 2013, as well as developing over 20 players to the collegiate level during that span.

Brad Weber has been involved with PGC since 2003, having attended multiple sessions as an Observing Coach before becoming an Instructor on the PGC staff in 2007.

DOWNLOAD A FREE DIGITAL BROCHURE & GET A GIFT FOR YOUR PLAYER 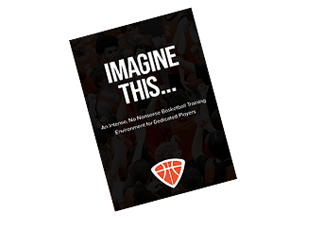 Or find a basketball camp location near you

What They’re Saying About Brad Weber

"As a coach of 30 years, this is the best camp/clinic I have attended. Thank you for a great experience. The energy is contagious. I will use this with my class and in my classroom."
- Denis Gauthier

"PGC Grad School led by director Brad was extremely worth my time and energy. Of course there were times when I was tired and zoned out, but with the energy my director brought I was able to push through and gain tons of helpful information."
- Khameron Harvey

"Unbelievable basketball and character education...will recommend to all my players!!"
- Tony Hasenour