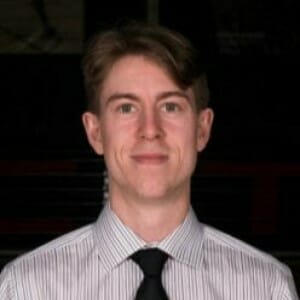 After only starting to play basketball in his sophomore year of high school, Clinton met PGC President Mano Watsa and attended a PGC session as an athlete. Instantly, Clinton’s experience with PGC and Mano helped Clint go from an average high school player to a dominant, confident leader.

Clinton graduated high school from St. Mary’s in Kitchener, Ontario Canada where he was part of the first junior basketball team in St. Mary’s history to win a CWOSSA championship.

Clinton honed his craft as an undersized guard and became a walk on at Brock University where he earned an athletic academic scholarship. After two seasons with the Badgers Clinton transferred to NCAA Division II Emmanuel College where he was coached by the highly touted TJ Rosene. In two seasons with Emmanuel, Clinton shot over 40% from three, 50% from the field, and 80% from the FT line. He was a Conference Carolinas Presidential award winner in every semester, had a 4.0 GPA, made the Dean’s List twice, was a captain in his senior year, and helped secure the 2015-2016 Division 1 NCCAA National Championship with a team record of 27-5.

After graduating college, Clinton made it to the final cut of the Toronto 905 G-League team eventually losing the role to Fred VanVleet. Clinton was offered both playing and coaching opportunities within the National Basketball League of Canada.

Clinton accepted the lead assistant coaching role in the NBL with the Orangeville A’s for the 2016-2017 season. He over saw defensive tactics, player development, player scouting and was given the opportunity to work with elite level professional players and people.

Clinton is currently the owner of Educated Baller Ltd., a team, group, and professional training company in Toronto. He is a Doctor of Chiropractic practicing at the Cobourg Orthopaedic & Sports Injury Clinic and is the head coach at the Cobourg Collegiate Institute High School. In his summers he is blessed to be able to serve athletes as a seasonal director with PGC.

Still in his 20’s, he has had over 13 years of experience coaching with PGC Basketball, has impacted over 8,000 athletes, and is a four-time PGC grad.

What They’re Saying About Clinton Cybulski

"Adam absolutely enjoyed this camp. He was impressed and totally engaged with the "non-basketball" characteristics...the mental part of the game"
- Denise Gordon-Mohamud

"Our daughter was clearly motivated by the end of this camp. She was excited by the content in the classroom and the drills in the gym. She is excited to apply what she learned to take her game to the next level."
- Chip Hernandez

"Best experience of professional development in my career. I hope to keep this energy and transform my program when I get home."
- Hunter Sims

"Coach Clint was so hospitable to us as observing coaches. I appreciate his checking in regularly with us for questions we’ve had. He did such a great job connecting with players and coaches. He is an elite instructor but very personable with people. He is a PRO in all meanings of the word."
- Brett Blair