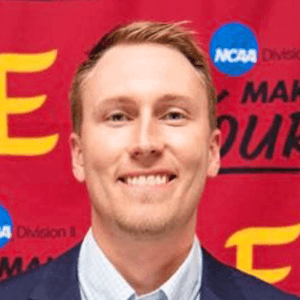 Graham is the most genuinely caring coach I have ever met; not only about the players skill set, but more importantly their day to day character and walk with Christ. Graham was the youngest and most eager to learn coach I’ve ever had, therefore he was always able to guide me through the progressions of college basketball and life because he had just recently endured the same.

Graham is very simply, inspiring. At 50+ years of age 20+ years in the game as a coach, I feel I am not easy to impress. I am VERYproud and pleased to I was blown away. Great knowledge, great people, great enthusiasm. As a father I can I hope my children find a passion in life similar to the director.

Graham’s passion for the game was inspiring for me to have a new love for the game. He knew so much about the game, it was so much fun for me to take in. He was always cheering me on, encouraging me, but held me to a high standard.

Graham Maxwell, a nationally recognized college basketball coach, has worked with athletes of all ages — from elementary school to the pro level. He’s witnessed numerous players go through their careers confused and overwhelmed and has committed himself to mentoring players so they avoid that disappointment.

To simply describe Graham as a basketball coach would be an understatement. He’s a dynamic teacher who masterfully grasps player development. He’s an innovative thinker who understands there’s no one size fits all strategy. He’s a clear communicator who can articulate and guide players through their individual journey. He’s a versatile thinker who can help players break down film so they improve faster.

Graham currently serves as the Assistant Coach at Emmanual College. And in 2019, Graham was named as a top collegiate coach on the NABC under Armour 30 under 30 team.

If you want to learn from with one of the great young minds in the game today, come to a Graham Maxwell led PGC Camp.

What They’re Saying About Graham Maxwell

"The atmosphere around this camp is incredible, and something that me and my teammates I came with will bring back home to our team"
- Vaughn Armour

"I loved the camp and all the enthusiastic coaches that teached the game well. I cant wait to get home and show my family what I learned and I can't wait to do all the drills we learned. I can't wait to come back next year if I am able to!!"
- Connor Sams

"This is my sixth PGC course. I still continue to bring STUFF back home to my own teaching. I love the enthusiasm Pgc staff brings and it continually motivates me to be a better person as well as a coach. Love it!!!"
- Jackie Cushman

"I'm not sure as to the effectiveness of his game but I can attest to his attitude and character and let me tell you the playmaker college course as well as the coaches have brought out in Caleb what I've seen in him all along. I just didn't have the tools, or whatever Caleb needed, to help him shine like you guys have!! It took PGC one week to do what I've been trying to do for 15 years lol. Thanks to all of you I've got one heck of a kid now. And this is just the beginning. I'm so excited to see what the next course teaches and enhances in my son not only on the court but in everyday life! Thank you PGC you guys rock!"
- Jami Grace

"This was an experience of a lifetime, it shaped me so much as a person. This camp shows there is so much more in life than basketball, and showed what it was like to be a good person. It demonstrated how to be a leader, and how to be there for others. It taught attitude and gratitude, and all the things you need to be successful in life."
- Kaley Cardell

"Looking forward to the next camp"
- Jason Cansler