Great shooters like Ray Allen and Kobe Bryant are providing a must-watch NBA Finals series as they show off theiroffensive games to give their teams another NBA crown. While it can be difficult to prevent a great shooter from scoring, especially if they have strong counter dribble moves, there are a few simple things you can do ‘every’ and ‘always’ to limit the scoring opportunities for any great shooter. Here they are:

The easiest way to guard a great shooter is to limit his or her touches. While chasing shooters off screens and beating them to their shooting spots can be difficult, the fewer touches a great shooter has, the fewer shots he or she will take. One thing that caught me by surprise during Game 2 of the Lakers-Celtics series (the same game that Ray Allen made his first 7 three-point attempts) was how easy Ray Allen was getting the basketball. The Laker guards were caught at times either losing him in transition and/or would lose sight of him when the ball entered the post.

Against any great shooter, always keep one hand in their shooting pocket. This is a simple way to distract the offensive player, but more importantly, it could prevent the shooter from getting some shots off. Too often, we teach young basketball players ‘hands up’ on defense when really the term should be ‘hands in’. Once a shooter makes the catch and it’s obvious a shot is going to take place, the last piece to guarding a great shooter is to put your hands in the face of the shooter and limit their vision.

Do you have other ideas on ways to disrupt and defend a great shooter? If so, please share! 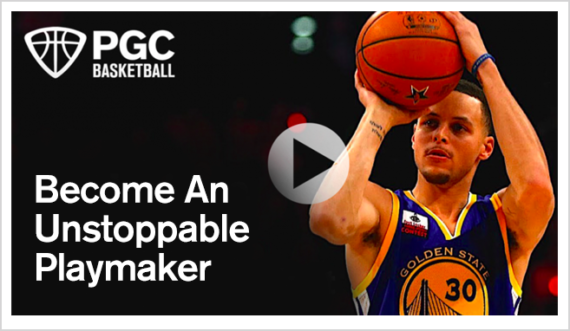