“Part of the beauty of the game is your individual contributions combined with working together as a team … where five players become like a fist, not five individual fingers … and they play together as one.” – Mano Watsa

Listen in as Mano joins Jan Rutherford & Jim Vaselopulos, on The Leadership Podcast to talk about his sports and business experiences with stories and advice on thinking like a coach, communicating, and making a difference in people’s lives.

Mano’s journey has been a joy, but anytime you’re pursuing a vision, there are all sorts of challenges along the way, as well as opportunities. It’s often the challenges that don’t surface publicly. Mano has never seen a successful team or individual that has not had to overcome adversity, and he is no different.

[4:20] PGC Basketball’s founder, Dick DeVenzio, who played college basketball at Duke University and went on to play and teach the game across the world, created the Point Guard College with the point guard in mind. The point guard has to be the coach on the floor. They have to be able to run the show for their team and get their team to work together and play together. They have to “think the game.”

[5:01] PGC teaches players to be the smartest player on the floor by equipping them with how to think like a coach, how to make good decisions that lead to winning basketball, and how to lead their team. Jan and Jim recall guest Sam Walker’s book, The Captain Class, on how the greatest sports teams in history have one thing in common, captains who were the coach on the floor.

[8:23] Jeremy Lin came to the NY Knicks and started the Linsanity era. Overnight Jeremy Lin was on the cover of nearly every magazine and was a household name as the first Asian-American in the NBA. Suddenly he’s scoring 38 points against Kobe Bryant at Madison Square Garden. He had a successful 10-year NBA career.

[9:08] Toward the end of Jeremy Lin’s NBA career, Mano had the privilege and opportunity to support him in the realm of mindset and his approach. Mano has been inspired by Jeremy Lin’s story, his passion, and his commitment to the game, giving back to the game and making a difference in the world. Jeremy Lin is now playing professionally in China.

[10:18] John Wooden won 10 national championships at UCLA and was named Coach of the Century. John Wooden epitomized what it means to be a coach and make a difference in the lives of young players. Mano and his business partner at the time, Dena Evans, had the privilege once of spending a remarkable morning with Coach Wooden. They immediately wrote down all they had learned from him.

[12:30] Jason Sudeikis revealed that having John Wooden’s Pyramid of Success on the wall of Ted Lasso’s office is purposeful.

[13:30] Five players that work together can be more effective than five talented individuals who don’t work together. Individual performers can significantly influence the outcome of the game, but they also depend on the performance of their teammates to determine the outcome of the game. It’s a beautiful thing to see players willing to pass up a good shot for themselves for a great shot for a teammate.

[15:38] Michael Jordan was the best player in the world. His teammates said they found it difficult to play with him because his standards were so high. He had competitive greatness. He was at his best when it was needed the most. It’s helpful on a team to have a player that drives everyone toward winning. You need others who complement that person’s nature to make sure everyone gets along.

[19:30] Mano helped the Mully Children’s Family organization in Kenya build a sports gymnasium. There are over 2,000 children under their care. Mano has been over there with them multiple times and loves their work. When he sees where these kids have come from and their optimism, even with what they lack, it gives Mano a perspective of gratitude and wanting to make a difference in the lives of others.

[21:05] Denny Crum, former coach of the University of Louisville, was honored recently. One of his players stated that they never saw him get upset. He never yelled at his players. They called him Cool Hand Luke. He was always encouraging and supportive. He was a teacher to his team.

[22:01] PGC founder Dick DeVenzio taught to use a six-to-one ratio of encouragement to constructive criticism. It’s a lofty standard. As a coach or leader, it’s so easy to see where others may be falling short but people thrive off encouragement. Connect with team members before correcting them. Always make deposits before you make withdrawals. As leaders and parents, think about the “bank account.”

[25:02] Great coaches don’t single players out unnecessarily. This goes for leaders and parents, too. Praise publicly and criticize privately. Good coaches and business leaders do a good job of not embarrassing and humiliating their people. They praise publicly and if they have to give criticism, they do so quietly and privately.

[25:43] Great coaches don’t hold back when they’re wrong. They’re willing to admit mistakes. That takes humility and vulnerability, in practice and games. Get beyond your ego. Be willing to admit you don’t have it all together.

[27:38] Past guest, Michael Bungay Stanier, told of a Legos bridge-building problem. Most people added pieces to solve the problem but the most expedient solution was to remove a piece. What’s on your plate? What are you going to take off your plate? Mano notes that when we say “yes” to something, we say “no” to every other alternative. That helps him to be discerning about what he says “Yes” to.

[31:54] As coaches or business leaders, you can’t give all the encouragement that your players or staff need. To fill the gap, PGC introduced celebrations. Every staff meeting, no matter how many meetings are in a day, starts with 60 to 90 seconds of gratitude. It’s an opportunity for somebody to acknowledge a thing or project that the team or an individual has done well. People encourage each other.

[34:50] Mano frequently tells his staff, “If you’re winning at work but losing at home, you’re losing.” Mano and PGC care about the staff as human beings and want them to win at home. If someone is not winning at home, their work will be compromised because everything bleeds over. When you’re at home, shut off work, slow down, and be present with family.

[36:04] After reading In Praise of Slowness, Mano stopped college coaching to focus on PGC. He wanted to be present for his family. Another decision he made with his family was to limit the participation of their children in sports and activities. Their highest value was in spending dinner time together as a family and playing together. They prioritized family time over competitive sports.

[39:02] Mano’s listener challenge: As business leaders, we must ensure that we’re doing everything possible to support our employees and teams. One of the ways we can do that is by helping to ensure that they’re able to bring their best possible selves to work each day.

[39:24] For employees to bring the best version of themselves, they need to feel cared for, supported, and encouraged, and they need to be given space because if we’re just driving them hard all the time, we’re going to wear them down, especially in this world where many people just don’t feel settled. We can create a good environment while pursuing goals and lofty objectives and still helping our people.

[41:21] Closing quote: Remember, “Do not let what you cannot do interfere with what you can do.”
— John Wooden 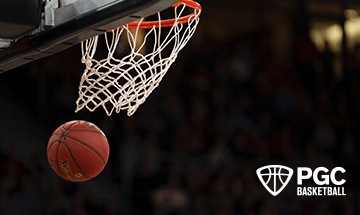 If you’ve attended a youth basketball event in the past year or so, there’s a good chance you’ve witnessed a trend that I believe will very likely ruin youth basketball unless we put a stop to it. Mano joins Ken White on The Business & Leadership Podcast to talk about the commitment-based organization, the people PGC attracts and retains, and why it leads to success.